We are more than happy to recommend you to any future clients. — Nuclear AMRC

We highly recommend Miracle Span and will be using their services again in the near future. — Brian Slattery Plumbers

The installation works were carried out to a high standard, in a well organised manner with a minimum of fuss.  The entire team demonstrated a first class attitude to health & safety. — Amec Nuclear UK Ltd

The workmanship of your staff in the office and on site was very professional and kept to schedule. Very satisfied and would fully recommend your company to anyone — MCH Coaches

The works progressed quickly and the finished product is of a good standard.  The health and safety aspect was first class. — Doncaster Council 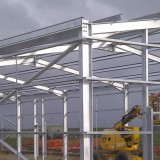 Steel building Design – When buying a steel building one size definitely doesn’t suit all! Steel buildings must be designed to suit a particular site.  Various critical factors must be taken into account to ensure buildings meet current European standards for steel buildings. These factors include :- The average wind speeds & snow loadings of […] 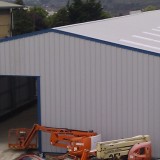 SNOW : make sure your steel building can take the strain!

Snow, Ice and Steel Buildings Snow and ice can become a real problem for steel buildings as the roofs of buildings have to suddenly cope with enormous extra strain caused by the additional weight. During the winter of 2009/10 it is reported that over 1,000 farm buildings collapsed in Scotland under the weight of snow […] 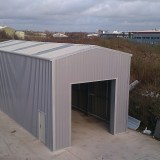 Why choose a pre-fabricated steel building?

Why choose a pre-fabricated steel building? Speed of Assembly If you’re considering a new building project, pre-fabricated steel buildings are certainly worth considering as they’re so quick to erect. Without the need for deep foundations or heavy equipment it’s possible to go from bare site to finished building within a few weeks! Value for Money […] 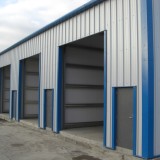 10 Things to consider when buying a steel building

Here are Miracle Span’s recommendations for 10 things to consider when buying a steel building :- Spend some time thinking about exactly what you need your steel building to do for you – if you’re clear about this you’re less likely to be talked into buying extras you don’t really need. Decide whether you want […]